As the quote says, “There’s nothing more rare, nor more beautiful, than a woman being unapologetically herself; comfortable in her perfect imperfection. To me, that is the true essence of beauty.”

As the quote says, “There’s nothing more rare, nor more beautiful, than a woman being unapologetically herself; comfortable in her perfect imperfection. To me, that is the true essence of beauty.”

Across the Internet you’ll hear people claiming that women are seeking for attention in the way they dress. All of us. Period. That is an unfortunate casual oversimplification. They think that the way ladies dress, is all about sending a certain message to the next person and in the case of ladies this next person would be a man and due to this common misconception people are not free to wear what they want wherever and whenever. Blame it on genetics or society or whatever you want, but all women have felt the unwanted pressure of other people opinion — especially when it comes to how we look. After many years observation I noticed that men, for example, want women to wear tight clothes, but not too tight. Dress like they could take you to meet their parents, but not too boring. Wear clothes that would make other guys jealous, but not so jealous they’d want to hit on you. Basically, they want everything and nothing in the same time. 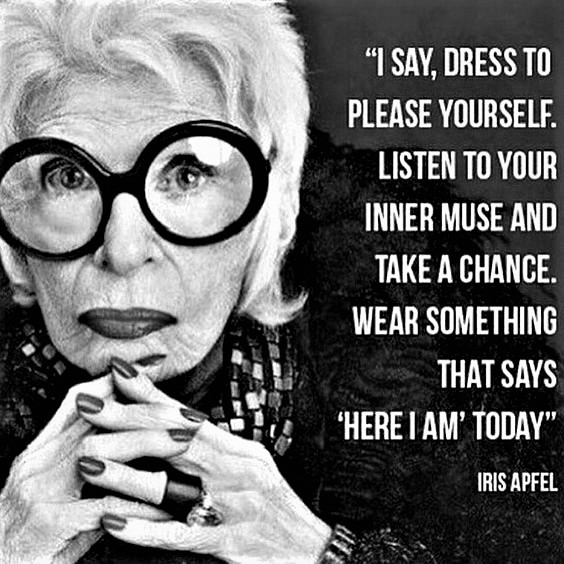 So, pleas hear me here! Contrary to what you might have been told, women don’t dress to please men or anyone around.

Yes, there are plenty of times in a woman’s life where she dresses up in hopes to drop one or several men to their knees. Sure, it’s nice to be admired and maybe some women do dress purely for public approbation, or, more specifically, male approbation. But in my extensive experience of being a woman who wears clothes and hanging out with a lot of women who wear clothes, I feel I can say with some certainty that 80% of the time, that’s not the case. Because for women fashion is, at heart, all about ourselves. Fashion allows women to enjoy themselves and try out different looks and just have some fun. For both – men and women alike, fashion is a form of self-expression, and just as an artist’s style grows and adapts over many years, so does our sense of personal style. The clothing that we wear is, in many ways, a projection of what we are going through emotionally and mentally at a given time. After all, if you’re going to spend your own hard-earned money on a garment, at least you should enjoy the garment and feel comfortable and confident in it. You should not spend money on something you don’t like but think someone else will. That is just obvious common sense. 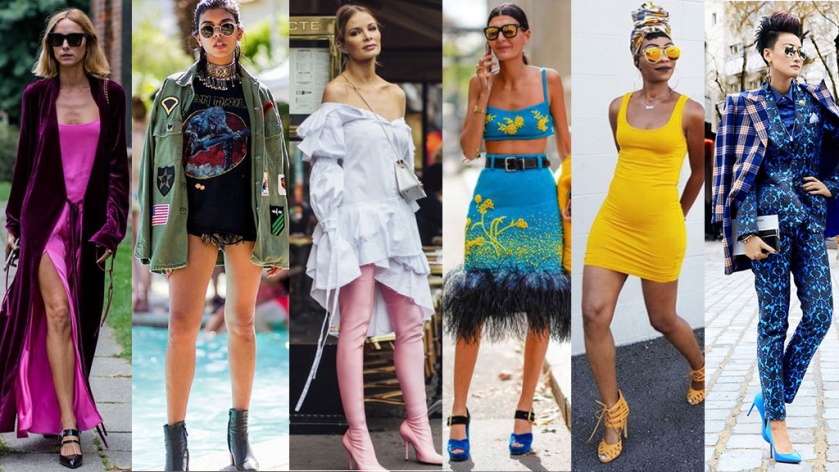 Women choose their wardrobe based on a lot of factors, including but not limited to: functionality, comfort, pattern, fabric, visual appeal (in the form of cut, style, and appearance), trends, emotional state, mental state, and iconic influence. To assume we are all walking around in short skirts because we are seeking men’s attention is absolutely absurd. I wear short skirts because I enjoy the feeling of sunshine on my legs. Period. The simple truth is that most often, when a woman wears clothing that shows the curves of her body or reveals her skin, it is because she likes the way she looks, and feels good in the outfit. She may be trying on a new style, she may be on her way to see her fiancé who has been overseas for six months, or she may simply be enjoying the warmth of the sun on her skin.

Continuing to limit the clothing options for girls and women and categorizing certain items as being too distracting or inappropriate teaches us to believe that our bodies are somehow shameful, when instead we should be teaching young boys and men that a woman’s body is her business and no different than a man’s body in terms of worth.

Just because in the past judging women negatively for less modest fashion choices have been the norm doesn’t mean they have to be. While modest clothing may feel best for some women, for others it feels restriction of who they are. Why should we have to hide our bodies if they’re a natural part of who we are as people and as a species?

Personally, my fashion choice varies between full-coverage and skin-baring attire. I enjoy clothes that hug my curves, as well as baggy layers that hides everything. And it seems to me that we’ll be best spending less time judging the women around us for how much clothing they’re wearing or not wearing, and more time exploring ourselves.

Women wear crazy, fashiony clothes, showing their curves or putting buggy layering on for themselves, not for men or anyone else. And, more than that, women don’t care. Perhaps the most annoying gender generalisation some internet articles make is the suggestion that women don’t know that most men don’t like their harem pants, their oversized sweaters or high-waisted jeans. Women aren’t stupid, you know. They just don’t care. And that’s just great. Because no matter who you’re with (or without), you should be able to wear whatever the eff you want.

Hi. I’m Ekaterina Lambert - an international model with over a decade of experience on the runway, a fashion designer, stylist and blogger and now the entrepreneur -founder of the new app FashIcon, it is the Instagram of fashion and fashion only! Community of people helping each other to find their voice in every day fashion and celebrate who they are through their style. In between of all I got married and raising a beautiful daughter. I was recently featured online by Bazaar China, Vogue China and That’s Shanghai. View all posts by girlofmillionstyle